Botswana is much more than the big 5 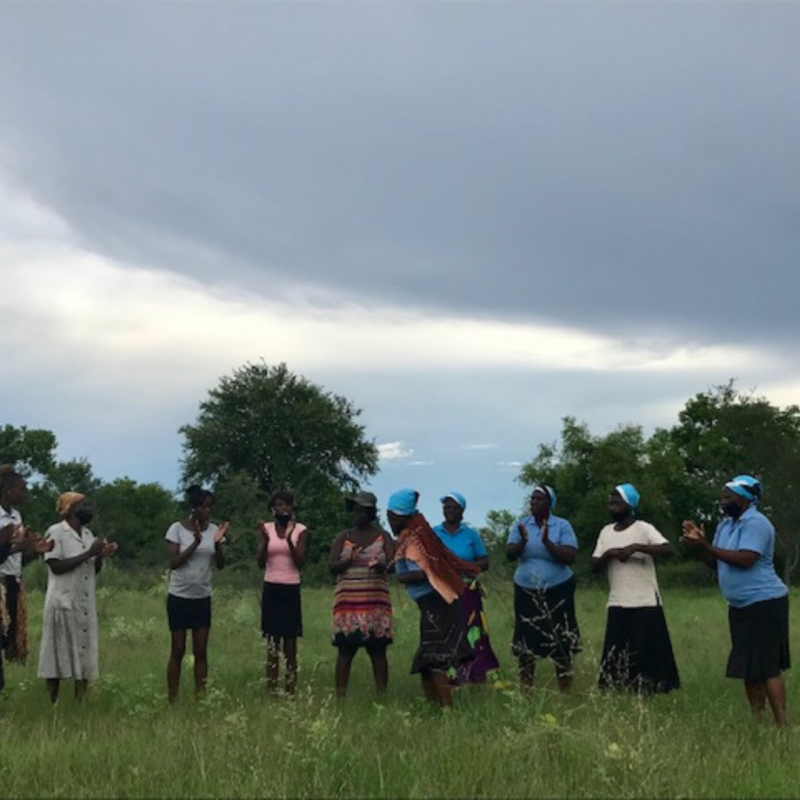 Botswana is inhabited by people of predominantly Tswana origin (collectively called “Batswana”) whose recorded history can be traced back to the 14th century.  They are believed to be descendants of King Mogale who lived in the present-day Magaliesberg Mountains in the Gauteng Province of South Africa.  They migrated northwards, at different times and due to different causes, and established themselves in what was then a relatively unexplored territory.

Towards the turn of the 19th century, the people who resided in the area known as Botswana, made up of at least eight ethnic Chiefdoms whose peoples shared a common language and history, co-existed in relative peace.

During this period, Britain was consolidating its military and economic strength as a major colonial power in Southern Africa. At the same time, Dutch settlers calling themselves Afrikaners (Boers) and German settlers in Namibia (then South West Africa) were pushing northwards and westwards, respectively, annexing more and more Batswana lands.

In 1870, three Dikgosi (Botswana traditional leaders) made representation to the British Government regarding the threat of their territory’s annexation by the Dutch and German settlers.  With the earnest support of some local British organisations and individuals, the lobby for protection succeeded in 1885, resulting in the Bechuanaland Protectorate.

After 80 years as a British protectorate, Bechuanaland attained self-government in 1965, becoming the independent Republic of Botswana on September 30, 1966, and maintaining a position of stability and harmony ever since.  Sir Seretse Khama was elected the first president and served until his death in 1980.

Since independence, Botswana has maintained a thriving democracy, clean government, an up-right judiciary, peace and stability, and a well-managed economy.

To achieve consensus in their communities, Batswana have a KGOTLA, which is a traditional court assembly where every individual’s opinion is heard and considered.  It is the seat of traditional democratic government.  The issues discussed at the Kgotla range from personal to national.  Criminal and other cases are heard and tried at the Kgotla, and important issues of tribal and national concern are presided over by the KGOSI and his principal advisors, and decided by consensus.

Since independence in 1966, the Kgotla system has existed alongside the multi-party democratically elected parliament.

A KGOSI is a royal traditional leader of a tribe or village.  The Kgosi is not elected but ascends to this position through heredity.  A Kgosi commands great respect from his tribesmen and is treated with dignity, even outside his own tribe.  Kgosi is responsible for maintaining law and order in the village, with the help of principal advisors who are normally members of the royal family and some village elders.  A Kgosi’s abode is the KGOTLA, also a place where disputes and issues of tribal and national concern are considered.

To date, Christianity accounts for around 80% of the religions practiced in Botswana.  Before Christianity was brought to Botswana by missionaries in the 1800’s, people believed in their ancestors, who played the role of “Guardian Angel”.  There were therefore various religious practices intended to honour and appease the ancestors; for example, after the harvest, a portion of the crop would be offered to the ancestors as a ‘thank you’ or to ask them for assistance, such as bringing the rains.

The most important value held in Botswana is that of BOTHO (highest respect, honour, esteem that one holds for another human life).  The society expects and requires its members to have Botho, which is manifested through good manners, humility, compassion, kindness, respect, gentility and observance of traditional norms and behavioural code.  Botho forms the fabric of the Botswana value-system.
Other values which also form the national principles of Botswana include Democracy, Development, Self-reliance and Unity.

People of Botswana strongly believe in the value of consultations within the society to ensure peace through consensus.  The process of MORERO (consultation) at inter-personal, family, and community levels is considered an invaluable asset in the ability to reach and sustain agreements.  Communities and even Government consult at the KGOTLA.

The DINGAKA (traditional doctors) have a very extensive knowledge of medicinal herbs and plants.  The various herbs, roots, leaves, barks and so forth are known to cure a range of illnesses including snake bites, pain, common flu, impotence and many more.  Other plants are believed to be excellent aphrodisiacs. The medicinal herbs have been used over the centuries by Dingaka to heal and even cure diseases for which there are no modern medicines.

Moreover, the Dingaka claim to have extraordinary powers, ranging from the power to order lightening to strike someone, providing lucky charms for job promotion, fixing unsteady marriages, etc.  Using their divining bones, the Dingaka claim to be able to detect their client’s problems and even give protective medicines to solve them.

There is a general recognition of the importance of traditional medicine within the health delivery system of Botswana.  Those who wish to practice are required to register with the Botswana Dingaka Association and their practice is regulated.  With more exposure to other foreign beliefs and education, however, a growing number of citizens dismiss this type of medicine.  Nonetheless, there are others, even amongst the educated, who use the services of the traditional doctors and keep it a closely guarded personal secret.

Botswana’s arts and crafts mirror the country’s rich cultural diversity which has been brought about by its many tribes. This section is an outline of the country’s indigenous arts, crafts, music, food and beverages.

The decorations known as LEKGAPHO on traditional homes are a very impressive art which has been passed through generations. Although the art is slowly dying because many citizens are now building concrete rather than mud houses, a few traditionally decorated houses can still be seen in some rural areas.

Basarwa, whose ancestors are responsible for the rock paintings found throughout Botswana, still display natural artistic skills. Some canvas paintings done by Basarwa artists, who have never been to an art school, show considerable natural talent which can be developed further.

The most famous of all craft products of Botswana is the basket.  Integral to Botswana’s agricultural culture, baskets have been traditionally made and used for thousands of years and are still very much in everyday use.  Closed baskets with lids are used for storing grain, seeds and sometimes, sorghum beer.  Large, open bowl-shaped baskets are used by women for carrying items on their heads and for winnowing grain after it has been pounded.

The main producers of the baskets are the women of the Bayei and Hambukushu tribes in north western Botswana.

The main raw material used in Botswana baskets is the fibre of the Mokola or ‘vegetable ivory’ palm tree and originally, most baskets were undecorated.  Gradually, intricate designs have emerged through the introduction of colour and pattern.

Colour is sourced from natural dyes found in the roots and bark of the Motlhakola and Motsentisila trees (browns) and, more recently, from the leaves of the Indigofers shrub (mauve), and the husks of sorghum, the fungus from which provides a lovely pink shade.

The patterns are either one-off abstracts or symbolic of the local environment and wildlife.  Various basket designs which have been passed from generation to generation are associated with the nation’s traditional lifestyle. There is, for example, a zig-zag pattern known as ” the bull’s urine trail ” which describes the patterns caused by the movement of the bull’s sheath whilst it walks and urinates.
Botswana baskets are woven using the coil method.  A thin bundle of palm fibre, grass or a single piece of vine is used for the interior.  A small hole is pierced into the previously woven row with an awl and a strip of palm is then inserted into the hole and wrapped around the core.  Designs are created by weaving strips of dyed palm at appropriate intervals.  Each basket takes up to six weeks to complete.

Basarwa are amongst the leaders in beadwork. Crushed ostrich egg shells and imported beads are used to make necklaces, bangles and other decorative items.

The prevalence of a wide variety of trees has facilitated the development of highly impressive wood-craft. Carvings of various animals and birds tend to dominate the craft. However, besides the latter category, many items carved out of wood are used in the home, although many have been replaced by imported mass-produced items.

The people of Botswana are very receptive to various forms of traditional, modern, local and foreign music. Botswana’s divergent tribal cultures have also enriched the country’s music. Various energetic and rhythmic dances are performed with the backing of drums, leg rattles, whistles and hand clapping. Some Botswana traditional groups have performed in international festivals and won international acclaim. Songs that appeal to specific age groups and occasions, such as weddings, initiation ceremonies, harvest, healing, and entertainment, have been passed on through generations.

Other forms of music are performed to the accompaniment of the setinkana (hand piano), the katara (guitar) and segaba (violin). The guitar has found its way into traditional music, and many songs with the ‘guitar flavour’ have been passed from generation to generation just like segaba music. The music has been sustained by various talented traditional musicians such as Ratsie Setlhako, Ndona Poifo, George Swabi, Ompone “Sheleng” Ositile, Andries Bok, Speech Madimabe, and many others.

Older forms of music known as dikoma are still performed by old men to the accompaniment of various traditional instruments made from the horn of a kudu, called lepatata, and various bones.

As urbanisation and other factors constantly erode the traditional way of life, one of the privileges future generations will miss are fire-side stories told by grandparents. Known as mainane or dinaane, these captivating stories were usually related to grandchildren by their grandmothers in the evenings as the family passed time together after the evening meal.

The stories were related by grandparents who in turn had heard them from their own grandparents and other elderly members of the tribe. Many of the stories were about giants, mythical animals like kgogomodumo (a mythical bird), maruarua (whales), the rabbit and its wisdom, the fox and its cunning tricks, the weak defeating the mighty, and many others.

It is interesting that the Botswana folklore covers, amongst others, animals such as whales, which are not found anywhere in the land-locked country. Could the stories be going back to the times when Botswana had a sea? Were the mythical birds such as kgogomodumo some kind of dinosaurs? Research might reveal an interesting link between the stories and other ages.